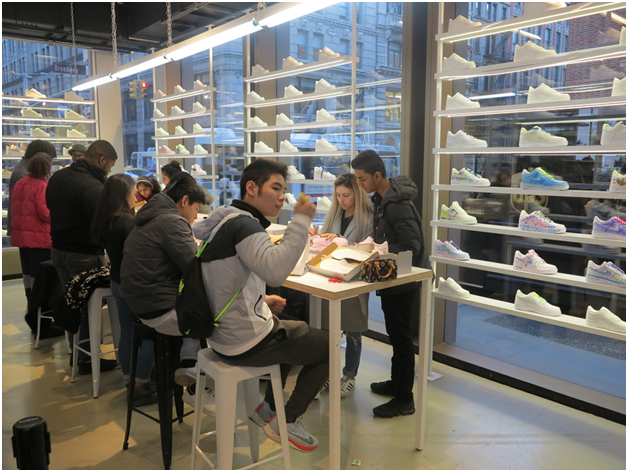 Innovation is the new safe place for retailers

The consequences for retailers of not innovating in a changing world are declining customer counts and declining sales. Not innovating is an unsustainable strategy. Retailers who don’t innovate will drop (or raise) prices, cut rosters, close stores and pressure suppliers and landlords to cover the loss of revenue. All of these tactics are unsustainable in the long term. Innovation is the new safe place for retailers.

My grandfather was a coal miner. When he retired, he became a comedian in the clubs of North East England. As a 10-year-old I was lucky enough to be the sounding board for his new material. Most of it concerned incontinence (which must have resonated with his demographic) but it’s a story on another topic that has stayed with me. It’s about a race horse trainer who isn’t winning many races. He decides on a radical strategy to cut costs by reducing feed to the horses, the number of jockeys on staff and so on. He wins a few less races but for the first time in many years the stables are profitable. The next year he doubles down. Costs are reduced again and even though he wins even less races the profit at the stables increases. News of the stable’s success gets out and the trainer becomes something of a media celebrity. He is invited to speak at conferences and is the go-to media head for anything to do with horse training. In the third year the trainer doubles down again but unfortunately, half way through that year, he has to call a press conference to announce that all the horses are dead!

As retailers our race is the race for customers. Our job is to win races. When we win races sales increase, opportunities increase for our team and suppliers and profit increases as our costs become a smaller proportion of sales.  When we lose races sales decrease, opportunities for our team and suppliers decrease and profit can only be sustained if expense reductions cover reduced sales. If we continue to lose races the cycle repeats. Doubling down  on expense reduction will keep the doors open in the short term but will only lead to the death of the business in the long term.  How many times have you seen it? It’s happening in plain sight right now wherever you’re reading this.

Customers are the foundation of every retail business. If we lose them, we must get the ones who remain to spend more or cover their loss with expense savings. It’s much better to win customers but in today’s retail market it is definitely getting harder. Competition from foreign imports and online is intense and customers, armed with smartphones, are savvier than ever. The retail tactics that once won the race for customers are no longer enough.  Some retailers have reacted by attempting to create one horse races they can’t lose. They buy competitors or saturate the market with outlets,  but the market doesn’t like one horse races and won’t allow them for long. Others have tried to win by discounting but winning customers this way involves much lower prize money and requires a significant rise in sales volume to be viable.  The only sustainable strategy to win the race for customers is to innovate.

Can you imagine a tennis player winning Wimbledon today with a wooden racket? It’s a crazy idea but some retailers believe they can still win the race for customers using  last century tactics.  By doing something different that benefits your customers, generates a return for the business and aligns with your purpose races can be won. Sometimes expectations on financial return and business purpose need to be revised  to match the new competitive landscape and new customer values but this can and is being done. Even the biggest and historically most successful of retail businesses like Wal Mart, Target (USA), Starbucks, H+M and Inditex have changed the way they compete and are winning customers again.

Innovation is risky and is not generally the first language of a retailer but in today’s environment the risks of not innovating , of trying to win races the old way or relying on cost cutting to survive , are potentially terminal and much higher than the risks of innovating. We must win the race for customers or die. Innovation is the new safe place for retailers