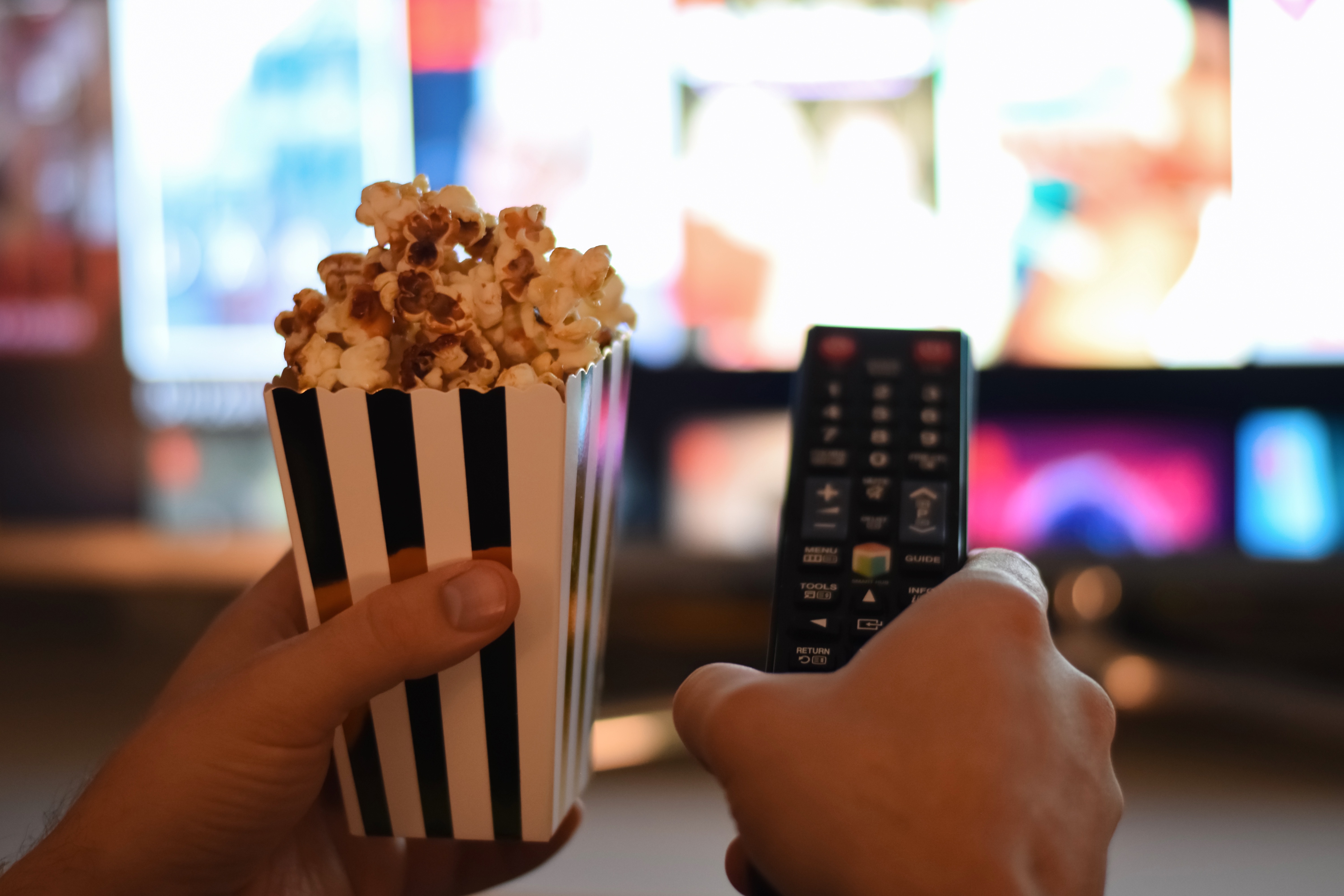 The story of Blockbuster and Netflix in the 2000’s is one of the most written about in the retail industry. It is a classic tale of a dominant incumbent deposed by a more innovative and agile start up. It has even given birth to a new word. To be “Netflixed” means to be out manoeuvred by an innovative business model[1]

If you wanted to watch a movie at home in 2000 you would most likely do it by renting a VHS tape from a video store. Video stores held a privileged place in the movie distribution supply chain benefitting from  exclusive “windows” during which movies could only be rented, not sold. Blockbuster was the largest video store operator in the USA with over 4000 outlets and a market share of around 25%[2]. Under relatively new CEO John Antioco, Blockbuster had gained an edge over its rivals by introducing an innovative revenue share scheme with the studios. Under this scheme the high (av. $65) upfront cost retailers paid the studios for tapes was replaced with a $1 upfront cost and a 40% share of the resulting rental revenue. This meant that instead of requiring up to 30 rentals to break even on a tape purchase retailers were now in profit after their first rental. This meant that Blockbuster was prepared to stock up to support new releases and  marketed this heavily under the slogan “I’ll be there.”  By the end of 2000 sales had grown by over 11% from the previous year to almost $5bn (see table 1).

In 1997 Reed Hastings and Marc Randolph had founded Netflix. It’s said that the original impetus to create Netflix came from the frustration Reed Hastings felt on having to pay a $40 fine to Blockbuster for returning a copy of Apollo 13 six weeks late[3] Despite this, Netflix’s original offer to customers was very similar to Blockbuster’s. Netflix customers paid per rental for a movie and late fees were charged. The major difference was that Netflix had no stores and delivered movies to you by mail. Delivery by mail was made possible by the small form factor of the new DVD discs which Netflix had adopted. DVD disks could be mailed in a first-class reply-paid envelope for 32c[4].  An additional benefit of the by-mail model was that Netflix were able to offer a much bigger range than the average video store while avoiding the expense of maintaining thousands of bricks and mortar retail outlets.

By 2000 the Netflix offer had evolved. Per rental charging had been replaced by monthly subscription which incorporated  unlimited rental and no late fees. In addition, Netflix launched “Cine Match” which  recommended movies to customers based on previous ordering history. Netflix was still a tiny company in comparison to Blockbuster and was losing more money than it was taking in revenue. At the end of 2000 Netflix reported sales of $36mill. and a net loss of $57mill (see Table 2).

In 2000 the founders of Netflix met with Antioco and his team to propose a deal whereby Netflix would run Blockbuster’s online by-mail business and in return Blockbuster would promote the Netflix business in their stores. In the same year Netflix was offered for sale to Blockbuster for $50mill. Blockbuster rejected both deals and instead decided  to pursue the next generation of technology with a 20-year deal to deliver online movies on demand with Enron Broadband services[5].

With the benefit of hindsight Blockbusters decision to reject both Netflix deals is now seen by some as the epitome of bad judgement and arrogance. That impression is reinforced by Blockbuster’s willingness to do a deal with Enron who went spectacularly bankrupt the following year. It could be argued however that from Blockbuster’s perspective the Netflix decisions were reasonable. Blockbuster was large, growing, ingrained in the movie industry and known for being innovative. Netflix was small, an industry outsider and debt laden. Previous attempts at developing mail order video rental businesses had met with limited success.  There would have been every reason for Antioco’s team to believe that whatever Netfilx could do they could do better. In addition, Netflix was not yet offering video on demand which seemed to be the next frontier and was being proposed by Enron.

In 2001 Netflix’s offer began to gain traction in the market. In addition, Netfilx had struck their own revenue sharing arrangements with some of the major studios to help them build range. The result was a seven-fold increase in sales between 2000 and 2003 which took revenue to $270mill.  A successful IPO in 2002 raised $82.5 million and significantly eased Netflix’s debt burden. In 2003 Netflix announced their first profit.  At the same time growth at Blockbuster was slowing and profit was disappearing. In 2002 Blockbuster recorded a loss of $1.5billion followed by a further loss of almost $1bn in 2003. Antioco’s team began to innovate.

In 2004, Blockbuster entered the DVD online rental market with what became known as its “Total Access” programme. “Total Access” offered customers a monthly online subscription, similar to Netflix, but with the advantage of bonus vouchers redeemable in store and the option to return movies to a store rather than by mail. It effectively made Blockbuster an Omnichannel retailer before the word had even been invented[6]. In announcing the changes Antioco emphasised Blockbuster’s ambition to transform the purpose of the video store. “Our mission right now is to transform Blockbuster from a place you go to rent a movie to a place you go to rent or buy movies or games new or used , pay by the day, pay by the month online or in store[7]” Further innovation followed in 2005 with the abolition of late fees in most circumstances. Blockbuster now had an offer to better that of Netflix and began recruiting subscribers at a rapid rate. At the end of 2006 Blockbuster had 2million subscribers to “Total Access.”  In addition, Blockbuster announced its first profit for some time.

Some Blockbuster stakeholders were not aligned with Antioco’s strategy. Late fees had represented 10% of revenue and their abolition was not completely made up for by increased sales. In addition,  “Total Access” and “No Late Fees” had been costly  ($200mill each) and reduced Gross Margin %.  Activist shareholder Carl Ichan thought more value could be extracted from the business by focussing on the stores and on cost control. Ichan launched a proxy fight to gain control of the board and did so in 2005.

Antioco was eventually replaced as CEO of Blockbuster in 2007 by former 7-11 CEO Jim Keyes. Under Keyes the customer benefits  of the “Total Access” programme, which had grown by then to  3.6 million subscribers, were wound back. This resulted in a loss of 500,000 subscribers in one quarter in 2007 and thereafter Blockbuster stopped reporting that metric. In the same year that Blockbuster was reducing their customer value proposition Netflix was increasing theirs. 2007 was the year Netflix introduced video streaming which initially was offered free to customers who had a by-mail subscription.

Over the next three years Blockbuster pursued a strategy based on cost cutting, closing stores, doubling down on marketing tactics that had worked in the past and outwardly ignoring the threat posed by Netflix and their new video on demand service. In an interview that coincided with Blockbusters Q2 2008 earnings call Keyes said , “I’ve been frankly confused by this fascination that everybody has with Netflix…Netflix doesn’t really have or do anything that we can’t or don’t already do ourselves[8].” By 2010 Blockbuster sales had fallen to $3.2bn or almost half what they had been in 2004 but they still held enough market power to negotiate an exclusive 28-day window on new releases with the studios. It was not enough to save them. Resources were running out as the share price plunged and debt soared. On September 23rd, 2010 Blockbuster filed for Chapter 11 bankruptcy protection declaring $930million in secured and unsecured debt and a market capitalization of only $24million[9].

In the meantime, Netflix had grown to 14 million subscribers and had become significantly profitable. In 2011 Netflix split their by-mail business from the streaming business worried that their lack of focus on streaming had allowed new entrants like Amazon and Wal Mart (through their acquisition of Vudu) to gain a foothold. In a blog post explaining the changes Reed Hastings offered an insight in to the challenges retailers face in continuing to innovate after becoming successful.

“In hindsight, I slid into arrogance based upon past success…My greatest fear at Netflix has been that we wouldn’t make the leap from success in DVDs to success in streaming. Most companies that are great at something—like AOL dialup or Borders bookstores—do not become great at new things people want (streaming for us) because they are afraid to hurt their initial business. Eventually these companies realize their error of not focusing enough on the new thing, and then the company fights desperately and hopelessly to recover. Companies rarely die from moving too fast, and they frequently die from moving too slowly”[10]